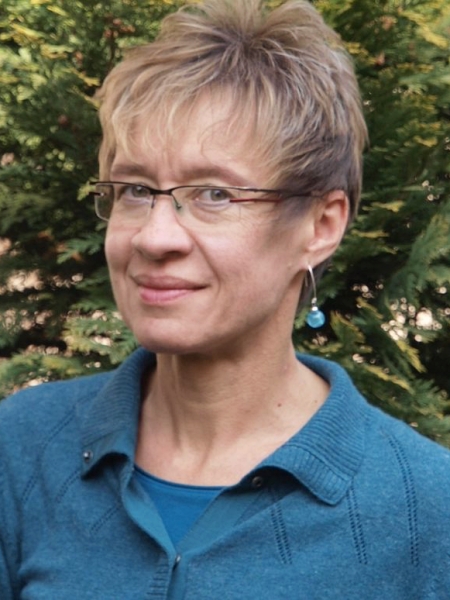 A graduate of the Faculty of Horticulture at the Agricultural University in Krakow and postgraduate journalism studies at Jagiellonian University. Editor-in-chief of the bimonthly “Szkółkarstwo” for 14 years. Worked as an editor for the magazine “Hasło Ogrodnicze”. Deputy-editor of the quarterly “Kwiaty”. She is published in numerous gardening magazines at home and abroad, including FloraCulture International, Kertészet és Szőlészet. Co-author of the book “Potrety Kwiatów” and translator of English language books (including “Kompozycje kwiatowe”). A speaker at many trade conferences connected with national and international horticultural trade fairs. Currently editor of “Pod Osłonami” and portal www.podoslonami.pl.
Honory laureate of the Honorary Green Laurel award, granteded by the Polish Nurserymen Association. 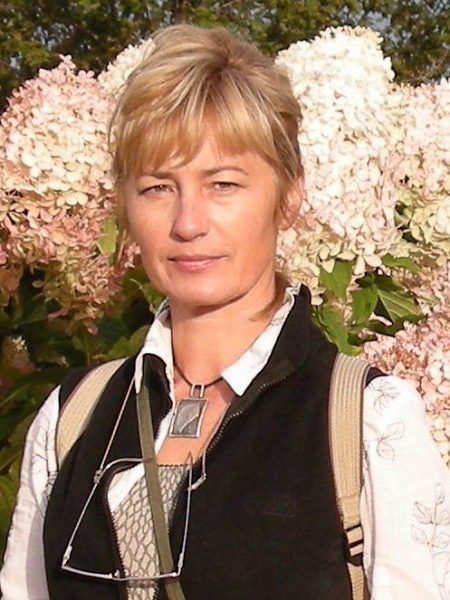 Hanna Grzeszczak-Nowak
Botanical Garden at the University of Wrocław

Graduate of the Faculty of Horticulture at the Agricultural University of Poznan. Since 1985, dendrologist at the Botanical Garden of the University of Wroclaw. Since 1988, acting director of the Wojsławice Arboretum, then inspector of this Arboretum. Has consistently revitalized and developed the Arboretum. Maintains many unique collections of plants, including four national collections of types of Buxus, Hedera, Hemerocallis, and Rhododendrons. For years, promotes the cultivation of ornamental plants, organizing a number of events, including “HEMEROmania”, The Autumn Flower and Grass Festival, Lower Silesia Pumpkin Festival, Ivy weekend. Member of the Polish Dendrology Society, “Ericaceous Plants” Group, Efeu Deutsche Gesellschaft, Deutsche Gesellschaft Rhododendron. The author of numerous scientific publications, both domestic and foreign, books and many articles devoted to ornamental plants.
Laureate of the Honorary Green Laurel, awarded by the Polish Nurserymen Association for consistent and creative promotion of ornamental plants and horticultural culture. 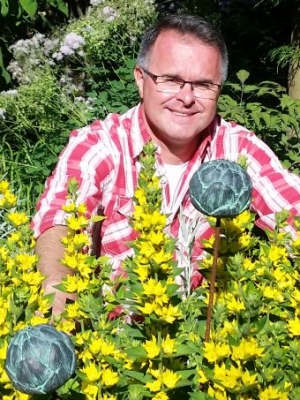 Graduate of Landscape Architecture at the Warsaw University of Life Sciences. Polish television presenter, writer and speaker on horticulture. Over the last twenty five years he has hosted and presented television gardening series “Rok w Ogrodzie”. He is a prolific author and has written numerous articles devoted to plants and gardening.
Winner of the prestigious Honorary Green Laurel award granted by the Polish Nurserymen Association for dissemination of knowledge about plants, their use and benefits. 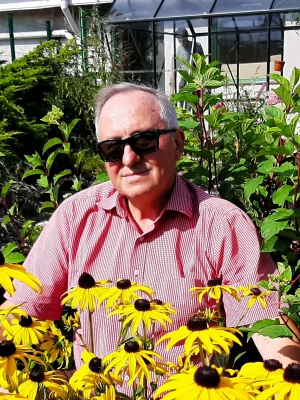 Graduate of the Faculty of Horticulture at the University of Life Sciences in Lublin. He is the owner of the trade company ACM Agrocentrum dealing in retail and wholesale of products for agriculture and gardening. He has been cooperating for many years with the English association of producers GARDENEX. Participant of many international garden fairs and exhibitions. Currently, President of the Polish Association of Garden Centers. 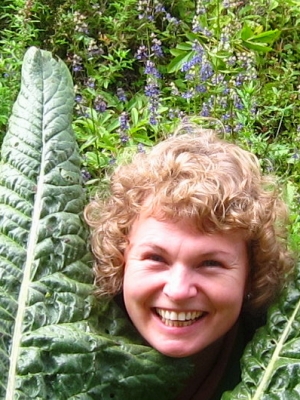 Curator of gene-pool collections in Pruhonice Botanic Garden, which is focused on genus Iris, Paeonia, Rosa and Hemerocallis. Devoted to collections of Daylilies and Siberian Irises. Master horticulturist from the Faculty of Horticulture at the University of Life Sciences in Prague. Member of Middle European Iris Society and Czech Botanical Gardens Union. Active in Czech National Programme on Conservation and Utilization of Plant Genetic Resources and Agro-biodiversity. Author of articles about daylilies in horticulture magazines and booklets. 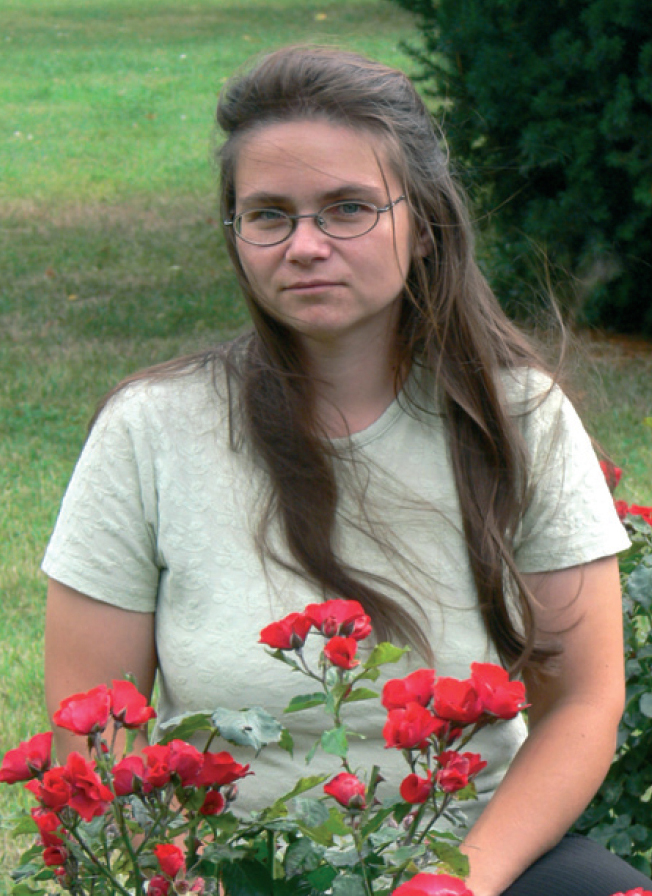 A graduate of the Faculty of Horticulture at the Warsaw University of Life Sciences, Ph. D of agricultural sciences of Lublin University of Life Sciences. Since 1998 she has worked in Botanical Garden of the Polish Academy of Sciences, where she has established National Collection of Roses Cultivars. In 2018 she established the very first in Poland Warsaw Rose Trials Garden, approved by World Federation of Rose Societies. Since 2017 she has led the Dendrological Collections Team, where she revitalizes and develop the collections. She conducts research on genus Rosa. Author of hundreds of popular-scientific and technical articles, scientific publications, author of several books, lecturer of numerous conferences. She organizes regular meeting devoted to wide popularization of roses, ornamental plants and botanical knowledge. Member of the International Society for Horticultural Science, Historic Rose Group, Polish Dendrology Society, Polish Botanical Society, Polish Association of Rose Breeders. 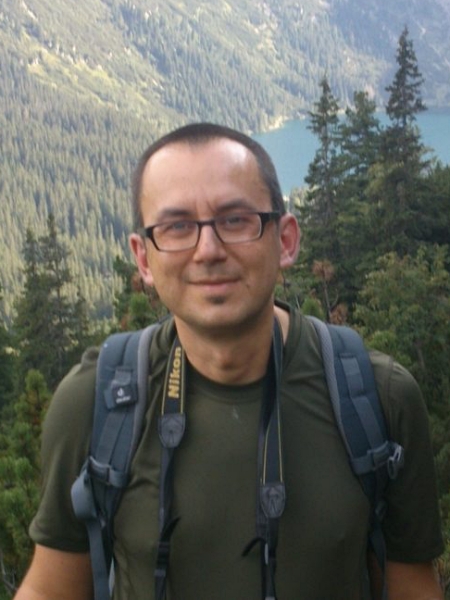 A graduate of the Faculty of Biology at the University of Warsaw and doctor of biological sciences at the Insitute of Biochemistry and Biophysics at the Polish Academy of Sciences. Longtime collaborator and author of numerous articles concerning plant compositions and monographs of select types, published in magazines such as Kwietnik, Ogrody and Zieleń to Życie. Since 2009, he has worked in the Botanical Garden of the University of Warsaw, where he modernizes and develops the collection of the Plant Systems Department. He also consults about selection of plant species for garden designers. At the Cardinal Stefan Wyszynski University in Warsaw, he lectures and conducts seminars on the history and upkeep of gardens, as well as the species selection and plant compositions. Member of the Polish Dendrology Society and ICOMOS. 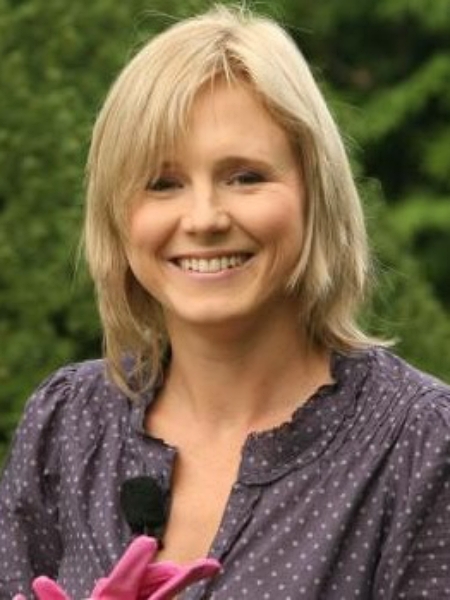 Graduate of Landscape Architecture at the Warsaw University of Life Sciences. Popular and well-liked weather presenter on television since 1999.
Since 2004 she has her own advice show about plant care and garden design – “Maja in the garden”. Author of gardening books.
Winner of the prestigious Honorary Green Laurel award granted by the Polish Nurserymen Association for instilling and developing the passion of gardening in society. 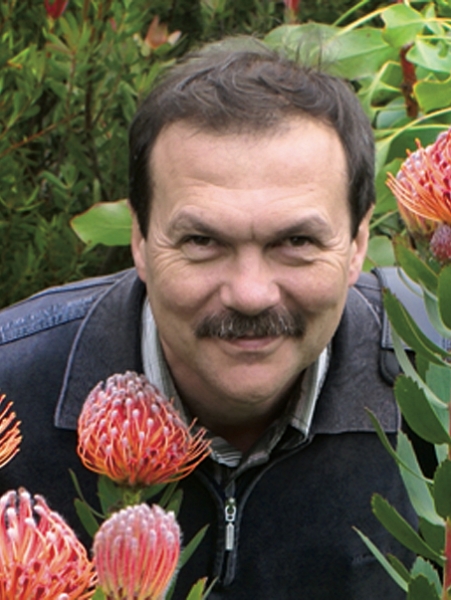 A graduate of the Faculty of Horticulture at the Warsaw University of Life Sciences. As a researcher at the Department of Ornamental Plants for 25 years, he taught classes, gave lectures and seminars about ornamental nurseries. Author of numerous scientific publications and books, including “Ornamental Nursery”, “Propagating conifers”, co-author and editor of “Catalog of Plants”, “Plants for every garden” and popular scientific articles published in the columns of most magazines appearing on the market devoted to ornamental plants. Vice-president of the Polish Nurserymen Association, member of the Polish Dendrology Society, member of the Scientific Council of the Institute of Horticulture in Skierniewice. For 25 years, also operates his own nursery farm.